Status: Voorstel
5751
34
6
6
stemmen
This Elektor-project from 2010 uses an EM84 magic eye vacuum tube to display  the cpu usage of a pc. It is based on an Atmel ATTINY2313 which also handles the USB protocol. On the pc side, AVR309.dll is the driver that is supposed to do the trick. Unfortunately, this driver does not work anymore under Windows 10 (and maybe also not under 7 or 8, I haven’t tried).

At first I tried to get the driver working under Windows 10, but in vain. After two weeks of trying I gave up, and resorted to another solution. The solution I chose is to use a separate chip to implement the USB protocol and to use serial communication on TTL-level between the USB chip and the ATTINY. An FT232 from FTDI will do the trick or you can buy cheap USB-to TTL break out boards from ebay or aliexpress. 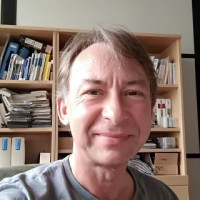